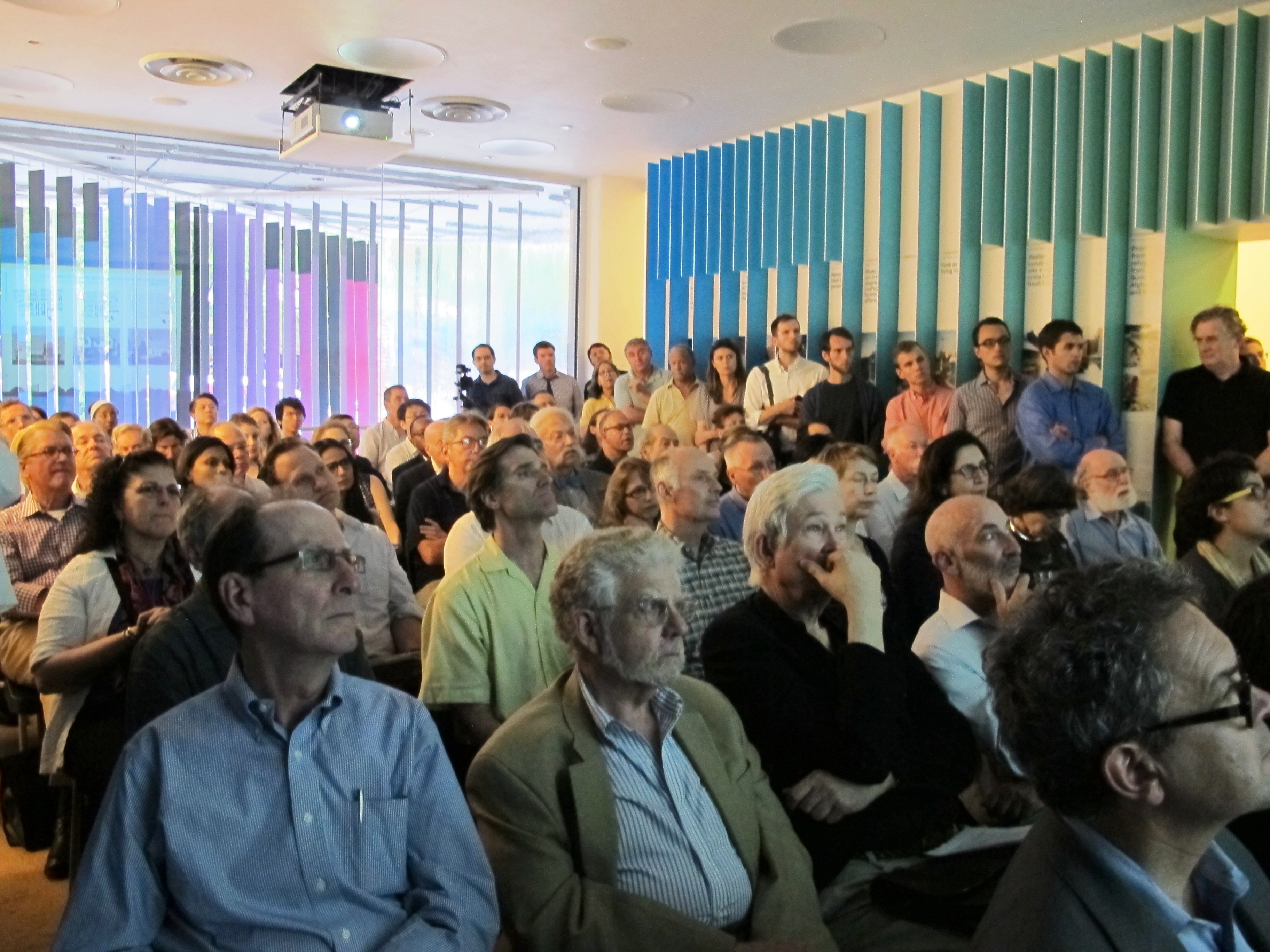 The crowd was an integral part of the conversation at "Low Rise High Density Now."Karen Kubey, Assoc. AIA

Low-rise, high-density housing – a topic much explored recently at the Center for Architecture through the just-closed exhibition “Low Rise High Density” – is characterized by being dense enough to support mass public transportation, yet squat enough to eschew elevators. The type seeks to combine the benefits of urban and suburban living by providing tenants with more privacy and ownership of their space with fewer floors per building. As the last program in a series of three public discussions on the exhibition’s rich content, “Low Rise High Density Now” garnered a full house of passionate professors, students, and practicing architects committed to solving the challenges of housing in the greater New York area.

Panelists dove headfirst into the deep and murky: can architecture solve social challenges such as public/low-income housing. And if so, how? To get to the bottom, speakers examined successful and problematical low- and high-rise housing types from the 1960s and 70s, comparing them with contemporary iterations in the United States today. Closely examined were these projects’ effects on the communities for which they were built.

It is useful to note that during the question and answer session the audience became, in a way, a crucial panelist. Packed with individuals from diverse backgrounds in architecture, they were able to challenge the presenters, and even recommend that the terminology used to discuss these architecture prototypes be updated and contemporized.

“We are still using the same vocabulary to describe these buildings as they did 50 years ago,” an audience member pointed out (it was revealed that the questioner had won an honorable mention for the 1970s Roosevelt Island Housing Competition). Another audience member – a landscape architect – said that housing had to be mixed income in order for poor people not to be isolated in one neighborhood. He also mentioned that building houses doesn’t make a community, and that that as designers we should also focus on incorporating more schools, churches, and playgrounds into new developments.

The conversation was indeed booming with ideas from everyone in the room. A thought-provoking colloquium like this one will never stop being necessary. The question of whether architecture can solve social issues is clearly ever-present as people and their needs continue to evolve and design and technology continually advance.

Marvine Pierre, Assoc. AIA, is an architectural designer at Kohn Pedersen Fox Associates, and a contributing writer to e-Oculus. She is also a member of the Emerging New York Architects (ENYA) Committee.